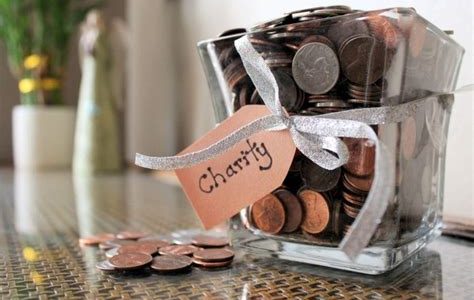 Have you ever thought about the economics of voluntary charity? Probably not. Let’s take a look together, shall we?

“The single most important factor about the free market is that no exchange takes place unless both parties benefit.”

A free market is one term for voluntary commercial actions, entered without interference from coercive government laws, programs, and regulations. But in a free market, is there any incentive to give to those less fortunate?

Some people say no, and therefore the government must force people to support the poor. This is obviously untrue, since many organizations such as Voluntaryism in Action exist to help the poor. But it’s not enough, some say: people who want to cast off the yoke of government welfare just hate the poor, and want them to be dependent on the whims of the rich.

Leaving aside for a moment the drawbacks of being dependent on the whims of government, is there nothing at work in voluntary charity besides the fickle feelings of wealthy folks? I say there’s quite a bit more: simply, that charity works like any other function in the free market, and the most efficient and effective solutions will be found through freely chosen, voluntary cooperation.

It’s easy to see what the receiver gets out of the voluntary charity. But what about the giver? There must be some incentive for them to give. On an individual level, this is easy to see: they feel good about themselves. Reducing voluntary charity to a simple market transaction, the donor exchanges his or her time, money, or goods in return for the euphoria—in common parlance, “warm fuzzies”—that comes from having helped someone.

But what about when it comes to large organizations, such as businesses? There’s no one individual to feel the euphoria, so does that mean that the incentive to give is gone? Not at all, but it is more complicated.

"The overall effect of the free market is that needs are satisfied in the most efficient manner possible."

In a free market system, any business depends on public opinion for its existence. Reputation is everything, and a poor reputation will drive away customers faster than anything. That’s why business have to be so careful to cultivate goodwill in the free market. For major corporations like Nike and Coca Cola, the most valuable asset is their brand name.

A fast way to gain goodwill is by helping needy members of the community. Again reducing it to a simple market transaction, the businesses purchase the goodwill of potential customers through the intermediary of the needy person. Then, by patronizing that business, the customers can experience the euphoria from charity, knowing that they helped to support the business that helped the needy person—essentially purchasing the euphoria from the poor person through the intermediary of the business.

In other words, a market-based system of voluntary charity provides incentives even for “greedy corporations” to help the needy. It is in the corporations’ best interests to bolster their reputation by supporting worthy charitable causes in order to add value to their brand in the mind of consumers.

Allowing the economics of voluntary charity to proceed unhindered also works in favor of helping needy individuals and ending poverty. The overall effect of the free market is that needs are satisfied in the most efficient manner possible. Keeping in mind that the charity market is essentially a market for the euphoria that comes from helping people, those who are most likely to receive donations are the ones who make the donors feel like they have made a difference—the ones who can show results.

Thus, the most efficient and effective use of charity money is on people who have a plan, utilize the donations well, and explain the success to the donors. Contrasted with a beggar seen regularly on the street, in the same condition no matter how much money they are given, the more satisfying choice is obvious. In this way, the euphoria of the donors is maximized, and the likelihood that they will donate again generally—and to the efficient receiver, specifically—is also maximized.

For the same reason, fraud is minimized in the voluntary market for charity. If the market is truly for purchasing the euphoria of helping someone, then finding out that you have been cheated will sap the will to give. Ergo, charity organizations may find ways to vet people who claim to be in distress and apply for aid. It seems logical that a person burned at one charity organization is also unlikely to give to another, and so charities would share information about abusers of their services with each other.

Since the existence of a charitable organization is dependent on continued donations, they will do everything they can to prevent fraud. When an organization can just take your money via force—like the state—it doesn’t have to be as careful.

For example, the US government recently passed bills creating more than $6 trillion in welfare to help the economy recover after the COVID lockdown measures they imposed. But not only did most of that go to politically connected special interests, the government also lost more than $200 billion to fraud.

When government steps in to regulate or replace charity with its welfare programs, the market function is distorted, as it always is when the government interferes. Without the direct and voluntary connection between giver and receiver, the euphoria of giving is nonexistent. The money taken for welfare programs then is nothing but a solid loss to those it was taken from.

And those who receive now do so through a faceless government bureaucracy with little, if any, accountability. Rather than being inspired to utilize the donations with maximum efficiency, the more they squander the money the more they will receive, since the government’s numbers will show them in even worse poverty.

Indeed, the government welfare system has an interest in keeping it that way, since the jobs of those who administer it depend on people being in poverty. As Isabel Paterson pointedly stated in The God of The Machine, “If the primary objective of the philanthropist, his justification for living, is to help others, his ultimate good requires that others shall be in want. His happiness is the obverse of their misery.”

“If the primary objective of the philanthropist, his justification for living, is to help others, his ultimate good requires that others shall be in want. His happiness is the obverse of their misery."

Government welfare creates a dependent class, both of welfare receivers and of administrators, all of whom live on money forcibly taken from others. In the economic sense, this is nothing but institutionalized theft. Voluntary charity, like any market action, is a voluntary exchange of goods.

And like any exchange in a free market, both parties benefit from the transaction—and the tendency is to encourage the most efficient producers of the good. Rather than creating a dependent class of moochers, voluntary charity tends to reduce the number of people in need by rewarding those who escape poverty and need, and discouraging fraud.

We believe that voluntary interactions are the only way to truly help others. It’s a fact of humanity that people will freely act out of their own self-interest—and as outlined above, that self-interest often includes meeting the needs of others. When government steps in, nobody ends up benefiting except the government agents—and in the long run, not even them. As Friedman said, both parties benefit when exchanges are made voluntarily on the free market.

At VIA, we strive for a world of voluntary interactions that benefit everyone involved. The economics of voluntary charity and free markets demonstrate that this is possible.