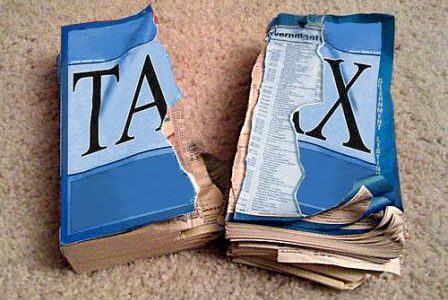 Across political spectrums, surely an agreement can be made that each and every human should have freedom and the absence of bondage—especially in a civilized society. Self-ownership is fundamental to freedom, and it can irrefutably be argued that self-ownership implies you are private property to yourself.

Therefore, private property is a reflection of self-ownership, and the fruits of one’s labor is their private property. Those fruits are an extension of the individual due to it being received voluntarily from another individual through some form of trade for their output.

The notion that man is indebted to society assumes that man is not a free individual, rather a statistic whom is shackled by a controlling and overreaching society who uses legislation as a means of tyranny. Man is not in debt to society for simply existing.

Man’s only debt is to suppress his urge to violate the rights of others in exchange for the respect of his own, essentially sacrificing freedom for liberty. This ensures man’s tendencies are limited, so that another is not negatively impacted by one’s action.

Ultimately, the price one pays to live in a civilized society is a voluntary mutual covenant to restrict certain actions that harm others, placing an emphasis on liberty. Forcing man to sacrifice his property in the name of progress by use of coercion is hardly civilized. Rather, it is barbaric.

The idea that we must pay taxes to protect our rights is the epitome of irony. Having a gun held to one’s head in order to fund the entities that vow to protect you is preposterous. Instead of voluntary actions or perhaps diplomacy in any non-aggressive form, they assert the only way to obtain harmony is through violence. In essence, the statist believes plunder is the only medium to subsidize shared services. The taxpayers are simply owned by the collectors, due to this illusion of debt.

This is why many assert that taxation is theft. This statement isn’t simply a principle that is tied to a particular ideology. It is an observation and conclusion from deductive reasoning.

This begs the question, at what exact percentage of your labor being subject to the legal confiscation by another constitutes you a free individual? Is a man not a slave if his fruits are appropriated at 99%? He still owes debts to another without signing a valid contract for simply producing. If you are not enslaved because your labor is not taxed at 100%, what if one does not consent at any given percentage? A collectivist would perhaps introduce the “social contract” as an answer, though it could be refuted due to the signee being under duress, through threat of jail or violence. This undoubtedly invalidates the contract in jurisprudence.

This is why many assert that taxation is theft. This statement isn’t simply a principle that is tied to a particular ideology. It is an observation and conclusion from deductive reasoning. Unless the taxpayer consents or has the ability to opt out of society’s fiscal requirements, taxation certainly is theft.

If one is to put a gun to a wealthy, elderly woman’s head and demand her money, and then direct the plunder towards a poor family, is that not armed robbery? What the armed robber does with the money does not remove the initial act of theft. To make the claim that it is not theft and rather a sacrifice for sake of civilization… is nothing more than a poor attempt at rationalization.

What is it that makes sexual intercourse not be rape? It’s consent, certainly. This example further illustrates that without consent, any method of force used in a sequence of means to reach an end is robbery, extortion or some form of involuntary act in which one gains and one loses.  Therefore, theft.

To counter this reasoning, one will produce dozens of examples of public utilities that taxpayers use, and conclude that since we use the services, the services conveniently negate the taxing entity’s initial means to produce the services. The use of these services by the taxpayer does not legitimize the legal plunder. By this logic, it is perfectly fine to remove another individual’s property for your own use, as long as you grant them the ability to use a portion of it at your discretion.

The taxpayer must still optimize any means to obtain their desired end, even if it means using the displaced wealth. They were cornered into this position, and have limited options due to being insidiously handicapped and subdued. For example, the governing entity monopolizes roads and highway systems, and charges one to use them through taxation.

The individual has no other choice but to use the roads they were forced to initially subsidize. Even if a large contingent of individuals opted out of taxation and combined resources to construct their own highway systems, any attempt at free enterprise in the controlled industry would end in an unfair advantage due to the government having the ability to regulate and ultimately control its competition.

One can justify the use of theft, and perhaps in some instances the justification may very well be seen as reasonable within some contexts, although this is entirely subjective. However, one cannot simply disregard the initial action, being theft, which brought forth the public utility or service. When one utters ‘Taxation is the price one pays for a civilized society,’ is to insinuate that ‘We are free, only if we are enslaved.’