At first, the prospect of government giving welfare to people might seem like a net good. “What heartless person could oppose these poor people receiving aid?” one might think. However, if the process of government welfare is examined, its surprisingly sinister nature becomes apparent.

In the first place, the money that the government spends is not its own—the money has been taken from other people via taxation. There are many different ideas on the morality of taxation—everything from it being a necessary part of society to it being outright theft. No matter your opinion of taxation, the fact remains that the tax money can no longer be spent as the tax payer wishes, but is now disposed of at the discretion of the government. Not only that, but since taxes are mandatory collections as part of a cold bureaucratic system, the taxpayer exercises no volition in the matter and cannot claim to have done a good thing—in fact, he cannot claim to have done anything at all. As Nobel laureate economist Friedrich A. Hayek wrote in The Road to Serfdom, “We are neither entitled to be unselfish at someone else’s expense nor is there any merit in being unselfish if we have no choice. The members of a society who are in all respects made to do the good thing have no title to praise.” 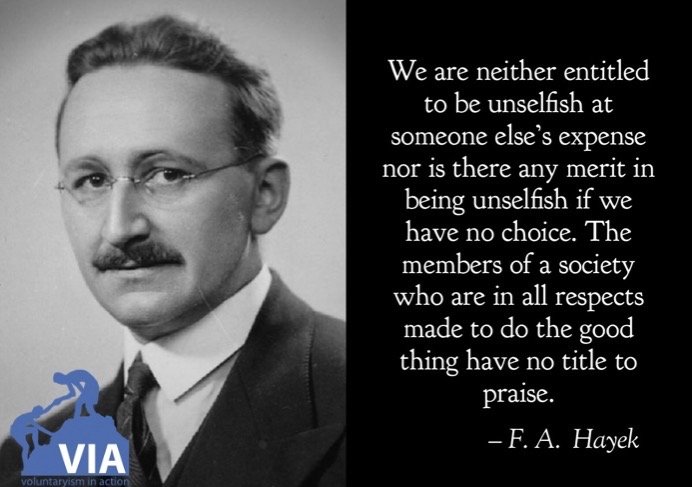 “Very well,” one might say. “I can’t be praised for something that I had no say in, but isn’t the welfare recipient still better off, and all society better off by extension?” Not necessarily. For when the welfare system is examined, we see that people are given money if they earn below a certain income, or work less than a certain number of hours. The intent, presumably, is to help make up for their small income—as some people say, they don’t get a “living wage.” But if we look at it at a slightly different angle, it’s plain to see that the welfare recipient is in fact being paid to earn less than a certain amount! For illustration, let’s say the cutoff for government welfare is $20,000; everyone who makes $20,000 or less receives $5,000 from the government. A person who makes $20,000 per year but could get a harder job that pays $25,000 per year will be discouraged from getting the higher paying job! Why should he work harder when he can change nothing and still get paid? Of course, not every welfare recipient thinks like this—some genuinely only want a little help getting back on their feet. But what the government welfare amounts to is a subsidy of under- and unemployment. That can’t be said to really help the welfare recipients—or anyone else in society.

Well, almost anyone else. There is one class of people who are helped by people being on welfare: politicians and government bureaucrats. The politicians, by having a false appearance of charity (how sincere is the charity when you’re giving away other people’s money?) can get more votes. The government’s “humanitarian” bureaucrats keep their jobs as long as people are on welfare—their good requires that other people be in want. Isabel Paterson put it this way in The God of the Machine: “What kind of world does the humanitarian contemplate as affording him full scope? It could only be a world filled with breadlines and hospitals, in which nobody retained the natural power of a human being to help himself or to resist having things done to him.”

How does this frightful picture compare with voluntary charity? For one thing, nobody is forced to give to anyone unless they want to—and nobody is forced to accept charity unless they really want and need it. Because of this, charitable people are able to choose who they give to—and in what way. It can be on a local level, either personally or in small groups, or through larger charities like VIA. This personal approach is almost always more effective than politicians dispensing welfare funds through a rigid bureaucratic structure designed to benefit whomever can lobby most effectively.

Voluntary charity also differs in that it’s aimed toward the long-term prosperity of everyone involved. The givers receive nothing in exchange for helping those less fortunate except a feeling of satisfaction—either from obedience to religious doctrines or just plain human kindness—at having helped their fellows. Like in any other voluntary transaction, the spender is anxious to get the most out of their money—in this case, they will want it to do the most good it can. And the most good it can do is to get people to a point where they no longer need charity! Therefore, the giver of voluntary charity has an incentive to maximize the well-being of the receiver of the charity—he has no reason to keep poor people poor, as does the politician. 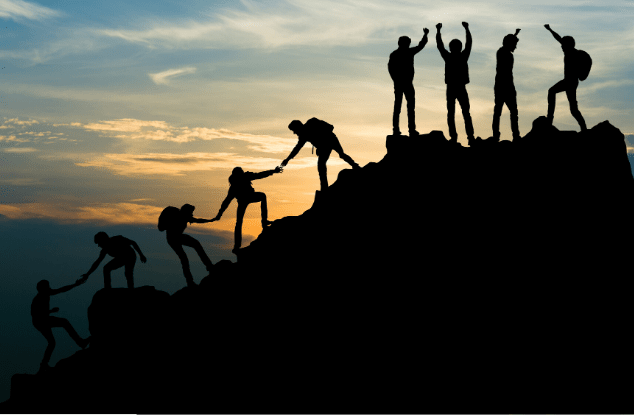 The recipient of voluntary charity is also in a better position. Faced with people who are genuinely interested in their long-term success, the recipient is able to ask for whatever help he needs as opposed to having to meet the unyielding requirements of the government welfare system to receive a one-size-fits-all benefit. The recipient also has an additional incentive to make an effort towards financial recovery, because with a plan to follow and goals to achieve—thereby showing the giver the good their gift will do—he’s more likely to receive donations than someone simply asking for a handout.

For all the reasons above and more, we at VIA believe that voluntary charity is vastly superior to government welfare—for the giver, the recipient, and society at large. We believe it so much that we’re here doing it now, every day, with all our hearts—and we invite you to join us, voluntarily. After all, as Murray Rothbard said, “No action can be virtuous unless it is freely chosen.”

One thought on “Government Welfare vs Voluntary Charity”