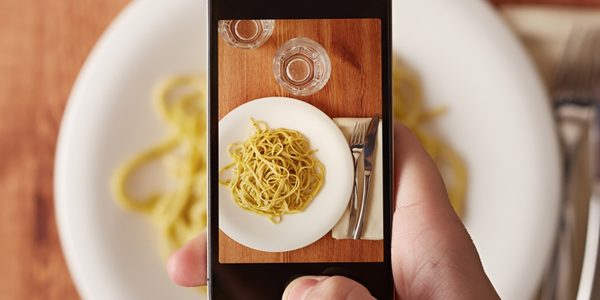 Food waste and hunger are two huge problems in the United States, but nonprofits are using apps to address the issue.

The USDA estimates that over 30% of the food produced each year in the US is not consumed—ironically, mostly due to regulations from the government. If food gets too old, vendors have throw it away—even if it’s still safe to eat.

To combat the food waste, apps enable volunteers to pick up the extra food and deliver it to nonprofits, who deliver it to hungry people.

“KFC is preparing chicken continuously, Chipotle is preparing food continuously. We rescue it while it’s still hot and freeze it quickly,” says Bill Reighard, founder and CEO of Food Donation Connection. Since 1992, the nonprofit has been working to get unsold food to the needy, coordinating donations from companies like Pizza Hut.

“Many of the problems in the world today feel too big for one person to handle, but feeding the hungry is a way to take action,” says Leah Lizarondo, co-founder of the nonprofit 412 Food Rescue, based in Pittsburgh.

“It’s a step that you can take today,” she says, “and it’s very clear what your impact is. It’s as clear as feeding someone that day.”

Lizadorno’s nonprofit made an app called Food Rescue Hero that works on a model similar to Lyft or Door Dash: users can see instantly if unsold food is available at local stores and restaurants, and volunteer immediately to deliver it to a soup kitchen or food pantry.

Food Rescue Hero has announced that it’s teaming up with Reighard’s Food Donation Connection to build a shared online platform. The goal of their collaboration is to make it even easier for people to help those in need.

The MealConnect app from Feeding America takes the same approach. It has been used since 2014 for scheduled donations from chains like Walmart and Target. Beginning last summer, volunteers can also sign up to do impromptu, smaller food rescues. After they’ve registered at MealConnect.org or via the app, volunteers get a short training session at a food bank and are outfitted with a small toolkit of food safety equipment.

Volunteers might be “between classes, or maybe they’re retired, or they’re an Uber or Lyft driver that wants to take a break from driving people around,” says Justin Block, managing director of MealConnect at Feeding America.

There’s no doubt that people want to help others, and they will if given the freedom to do so. As we can see, they’ll even come up with innovative ways to help those less fortunate. And the easier it becomes to help those in need, the more people will do it—voluntarily.