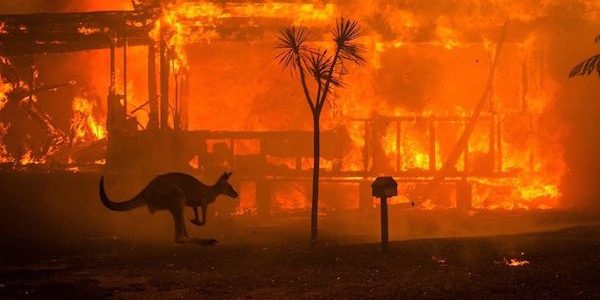 The 2019-2020 bushfire season in Australia was especially devastating. Fires burned approximately 26 million acres, destroyed almost 6,000 buildings, and killed numerous people. Not only was this a tragedy for the Australians in the path of these fires, but also for the wildlife that was caught in the blaze. An estimated 1 billion animals have perished and some species that were nearing extinction may be lost forever. This doesn’t even account for the future problems facing Australia’s wildlife when you consider how much of their natural habitat was burned to ash. However you look at it, Australians have a rough path ahead of them.

It’s often during the most troubling times that we see the best in humanity. People around the globe have banded together to help Australians in their time of need, and we here at Voluntaryism in Action knew we had to do our part in the relief effort. With the help of our followers, VIA was able to set a new record by raising over $15,000 to help in the emergency relief effort in Australia. This may not sound like much, but right now they can really use any help that they can get. We were able to send $10,000 to Givit, an organization on the ground in Australia that’s providing essential items to the victims of the fires. The remainder of the donations were given to Wires to help our four-legged friends. Wires is Australia’s largest wildlife rescue organization and is leading the charge in helping the impacted animals.

The fires have mostly subsided, and there has already been new growth coming up through the ashes. There’s a lot of rebuilding and hard work in Australia’s future, but they have the world behind them. Millions of dollars have poured in from individuals and charities and not a single person was extorted to raise the money. This is just another example of how people of good will are more than willing to help others without a government body forcing them to do so, even if it’s for people on the other side of the globe. Thank you to everyone that donated and all the people that helped us spread this fundraiser!